Posted by site owner on February 4, 2019
Posted in: History, photos. 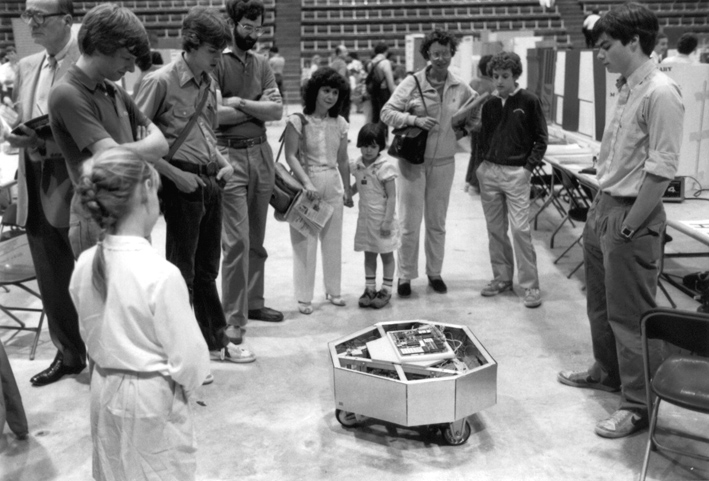 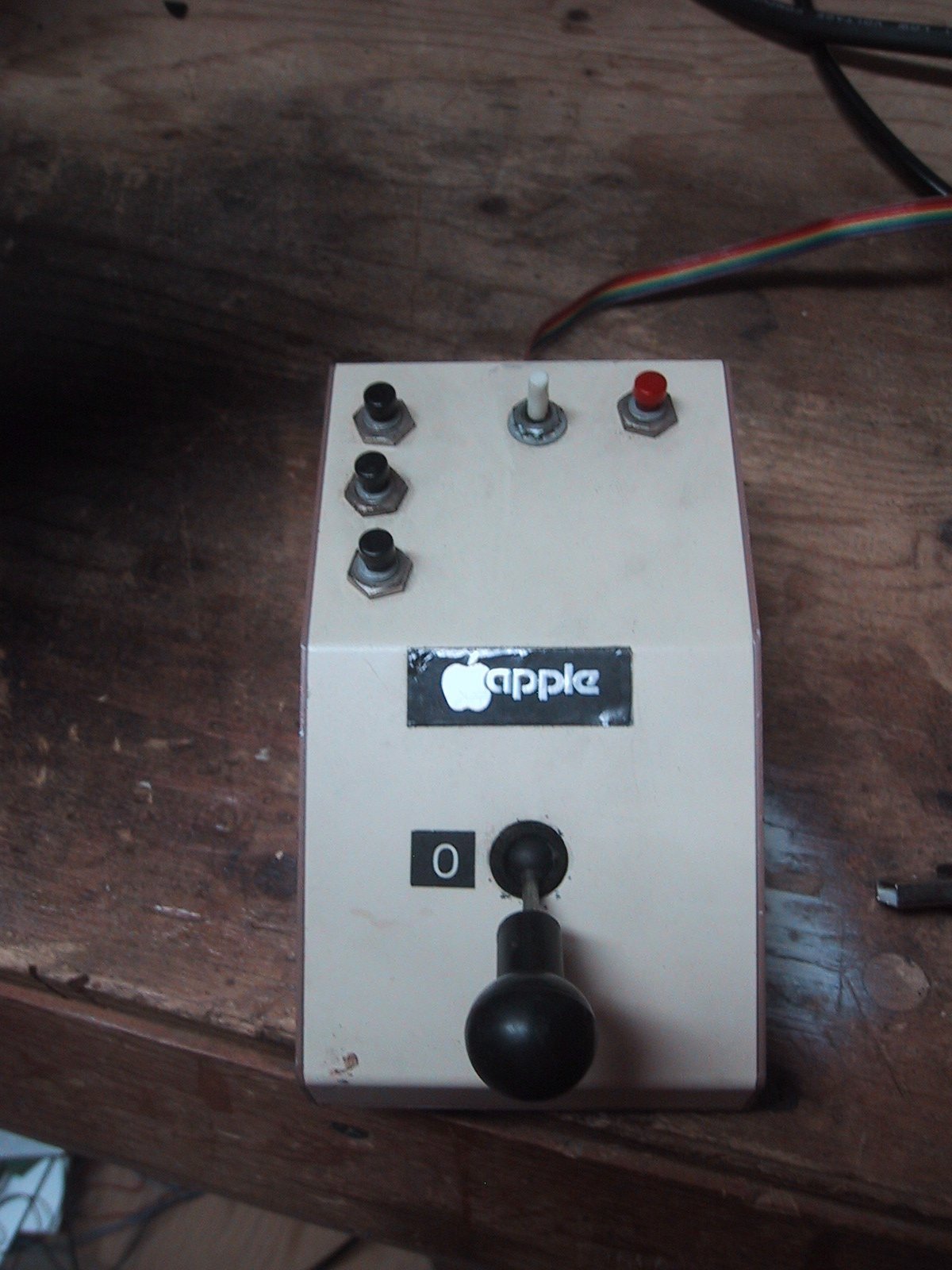 Completed the Analog-to-Digital Converter and associated Inverter Circuit. The A/D Converter is so that Mike’s on-board microcomputer can detect the position of the directional detector potentiometer, as well as read the joystick. The Inverter Circuit is needed because all output lines on the KIM-1 go high (ie, to 1) when ‘reset’ is pressed-so the programs will output 0 for high, 1 for low and the TTL lines will be inverted.

The Directional Control Potentiometer has been attached to the front wheel using the same dowel method described by Tod. Instead of a screw, however, I used super-glue to hold the dowel in place. I also had to add a small block of wood (held on with Elmer’s glue) beneath the aluminum mounting bracket.

Completed the directional control circuit.  Tod has his relays mounted on the circuit board, mine are instead attached to the support bracket immediately to the left of the circuit (not visible in photo).  Visible on the top right is the emergency shut-off switch for the speed control circuit.

The directional control circuit is mounted on the rear side of the triangle frame. 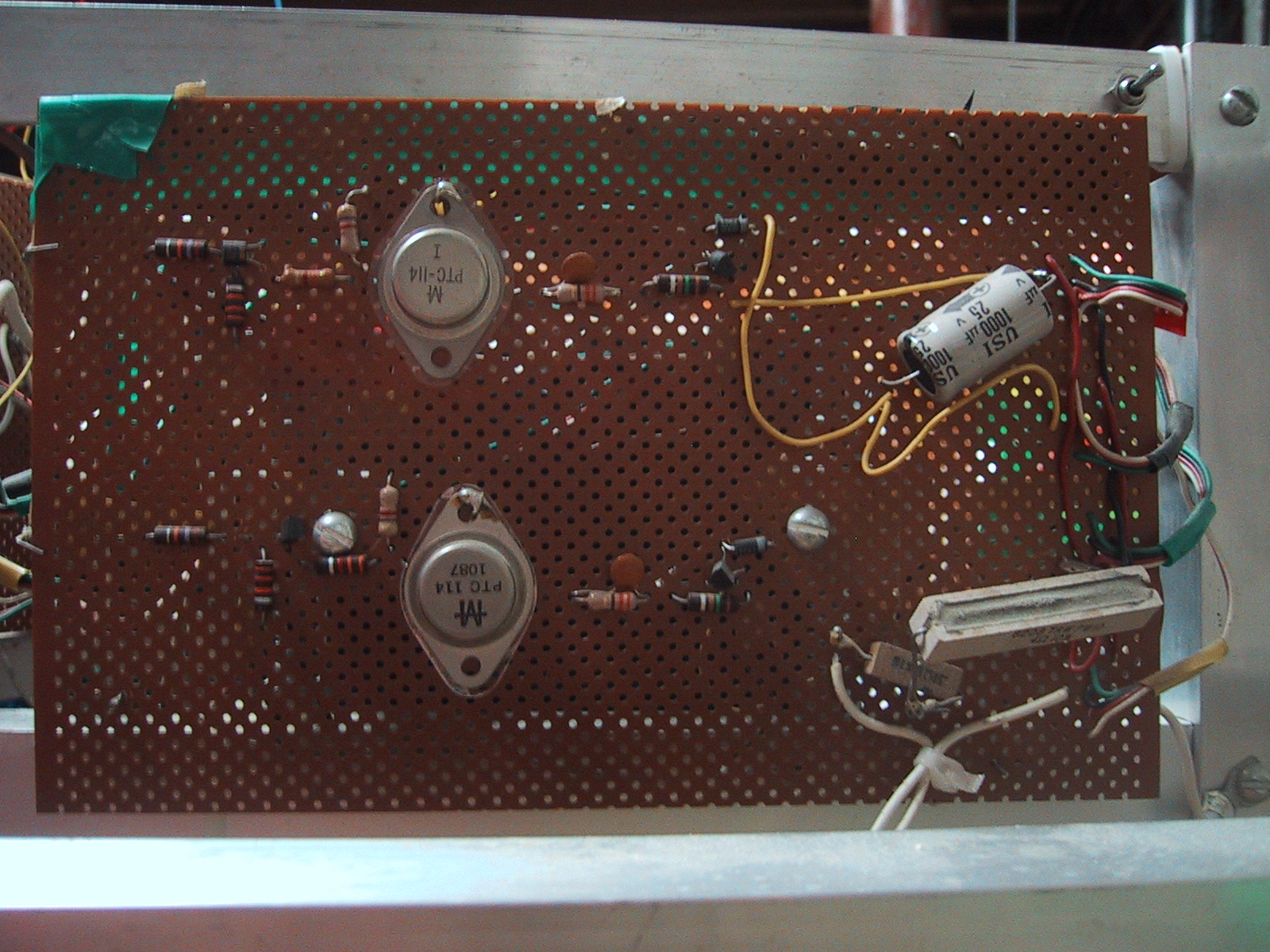 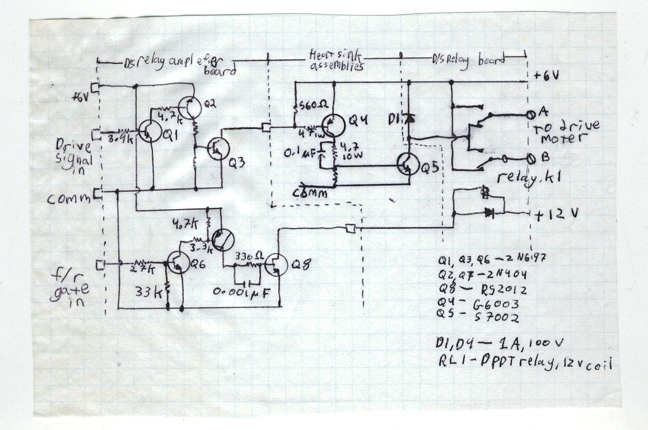 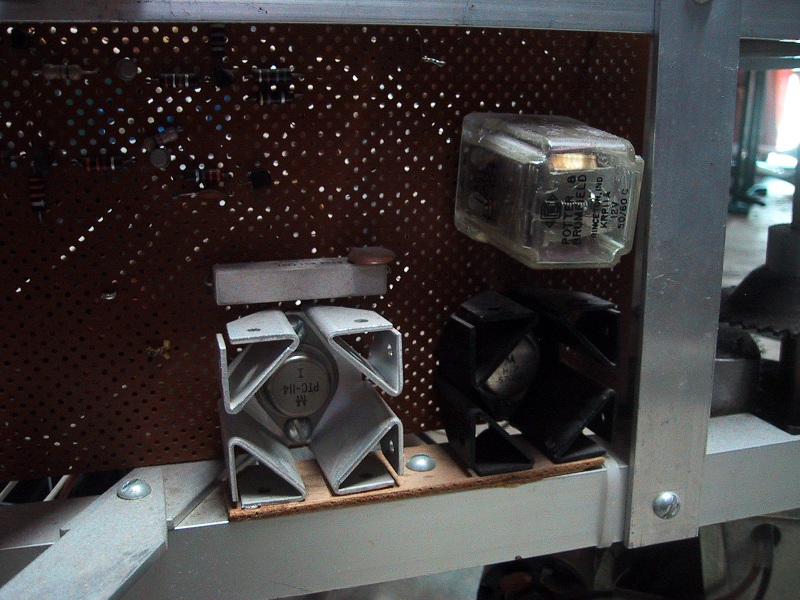 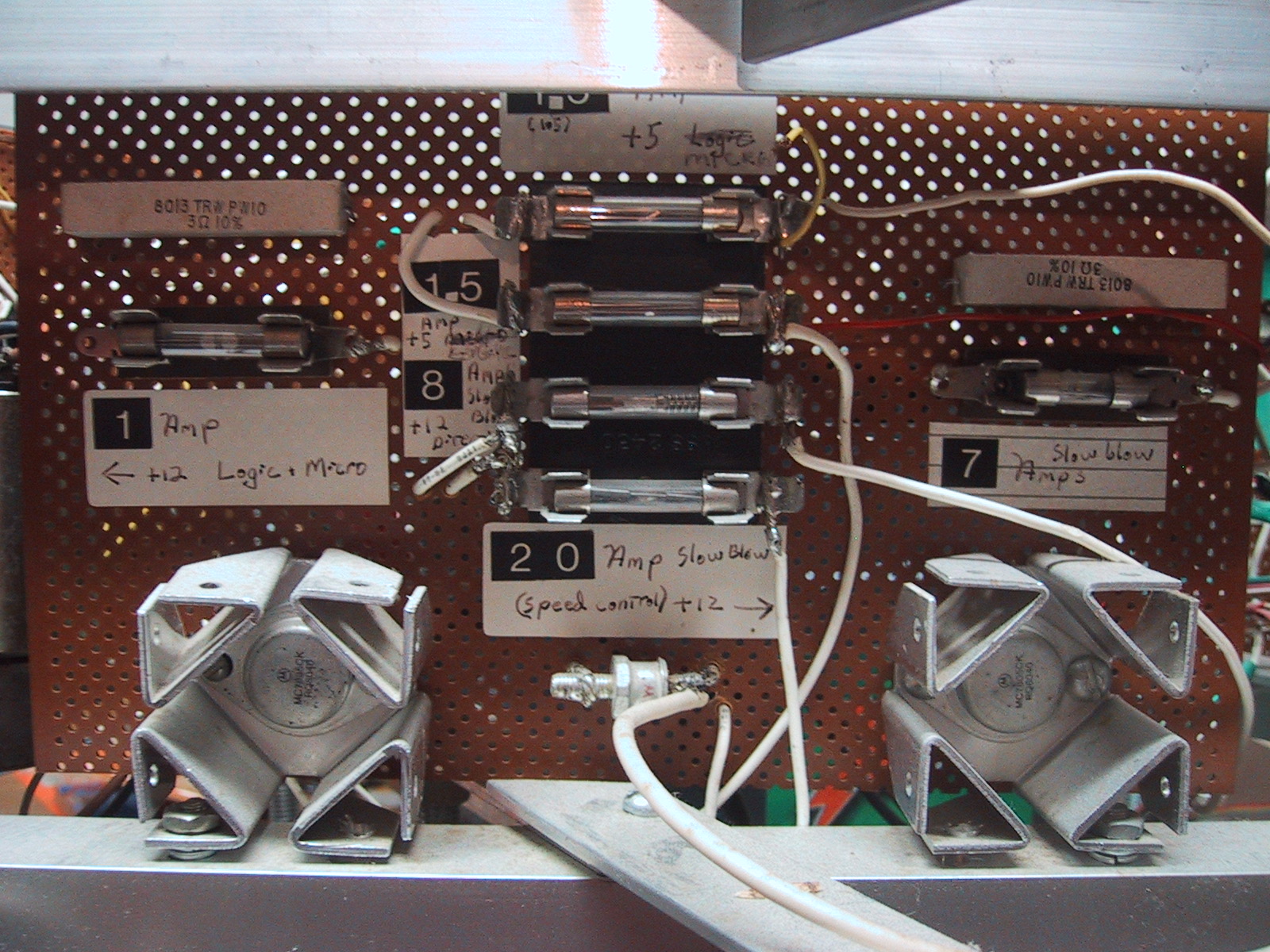 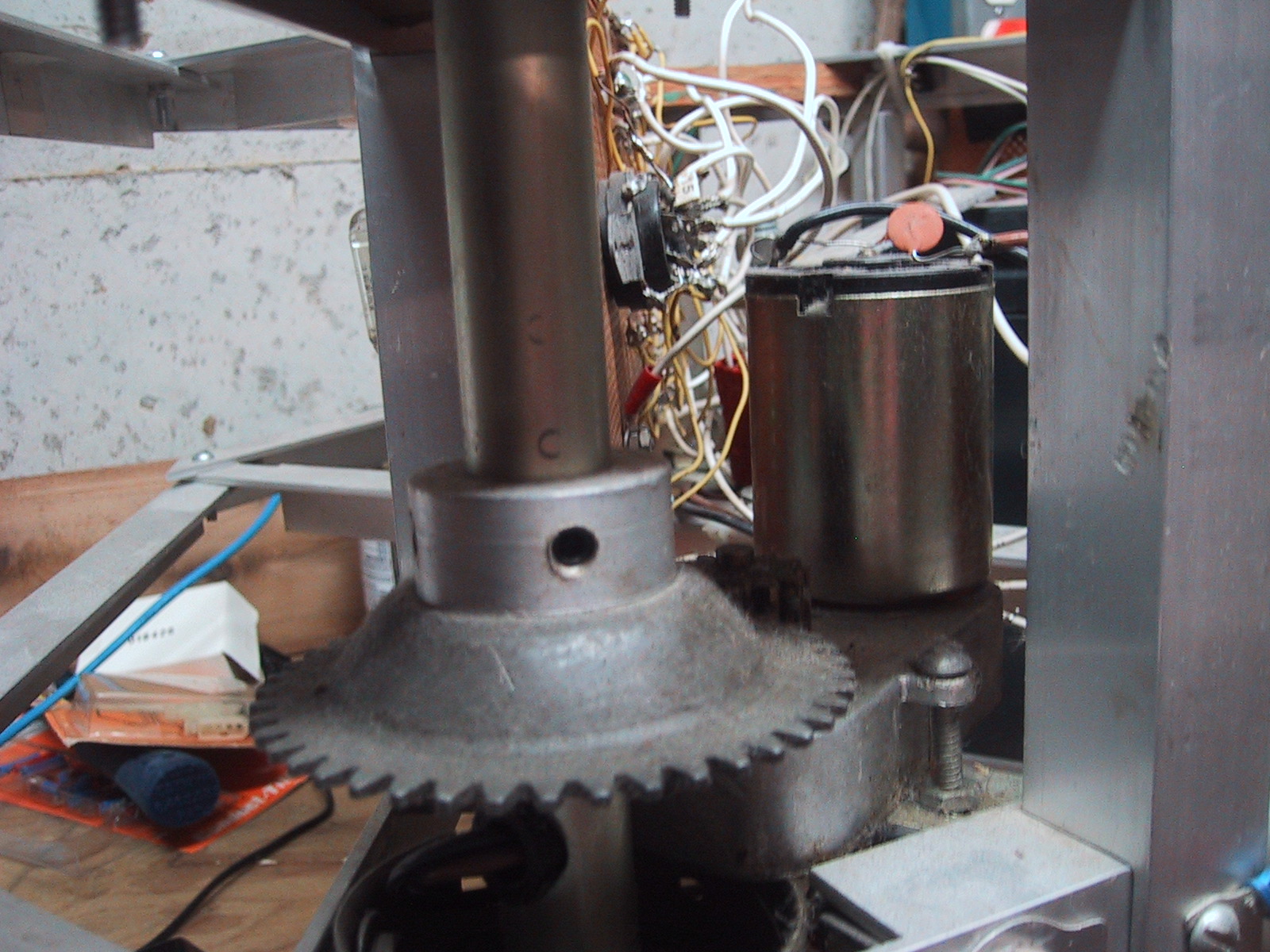 Completed the battery cage, altered from Tod’s measurements to fit a pair of 6v gel cells (in series).