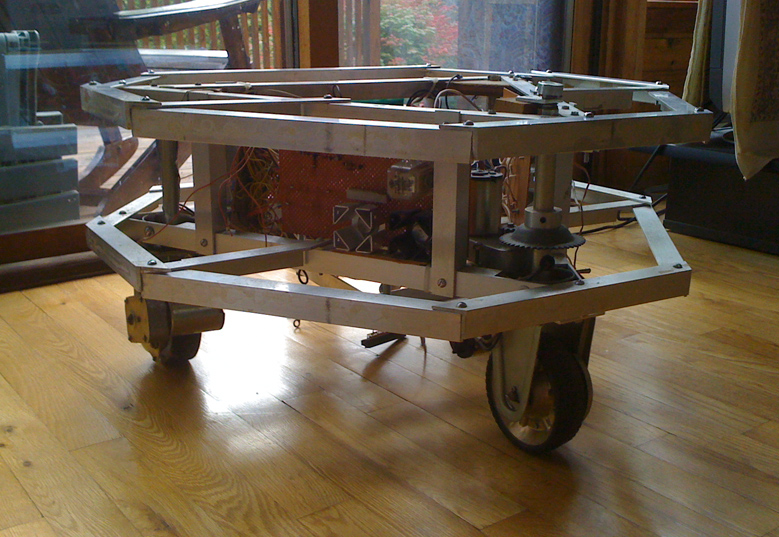 What is a Microtron Robot? 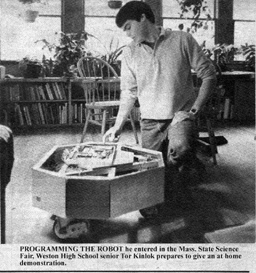 I first learned of “Microtron” in an article from the April 1977 issue of Interface Age. I was inspired to buld a Microtron (or a similar machine) of my own, and later, in 1980, I used Tod Loofbourrow’s book as a guide and began construction of my version of the three-wheeled solid aluminum computer-controlled robot.

Microtron was run by a single-board 6502-based computer (Synertek’s SYM-1, as opposed to the KIM-1 that Todd had used), programmable via a hex keypad. The robot basically moved around in pre-programmed patterns and was smart enough to back up and avoid objects that it had hit.  Todd’s book also described how to add ultrasonic detection but I never made it that far.

From 1984 to 2009, the robot was in storage. I am currently restoring and repairing it, with a plan to update its computer to something current and make some other additions, including adding the long-missing, original ultrasonic detector and circuitry. Eventually, I hope to use the robot as a platform for implementing and exploring some long-standing AI theories that I’ve had.

This site is a combination historical scrapbook, progress journal, and personal notebook for jotting various notes and thoughts as I continue my work. 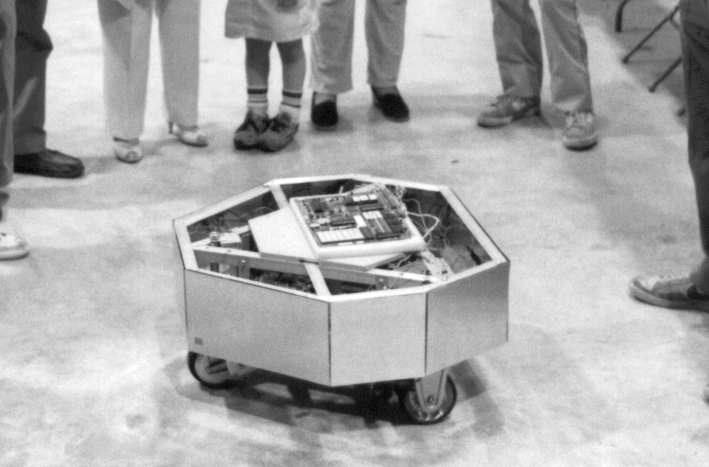 Microtron at the state science fair, 1983

2 comments on “About Microtron”