Posted by site owner on January 1, 1978
Posted in: History. Leave a Comment

In the summer of 1976, a bright young teenager named Tod Loofbourrow built a 70 pound motorized mobile robot which he dubbed “Microtron” (or “Mike” for short). His robot was controlled by the KIM-1 computer, was built out of angle aluminum and plywood, was powered by an 84-amp car battery, and could carry a load of 600 pounds. Both he and an early version of his ‘bot were written-up in the April, 1977 issue of Interface Age magazine.

(A PDF scan of that article is available here.) 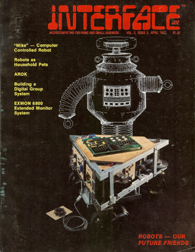 Tod continued to develop the robot, and at the age of 16, he was approached by Hayden Publishing to write a book about it. In 1978, How to Build a Computer Controlled Robot was published: 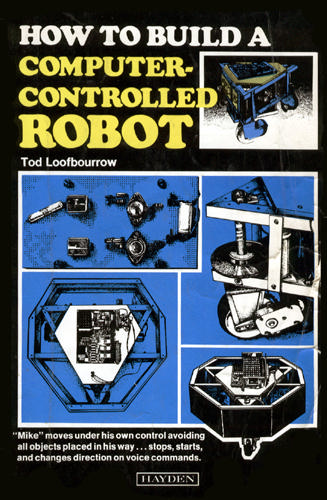 Tod moved on to other things, but many hobby roboticists in the late 70s through the 1980s built their own Microtron robots using his book. This website is about one of them. (There are some other Microtron Robots linked to from this site’s right-hand navigation bar.)